Startup Trends to Watch in 2016

By Marjorie Clark
Reprinted with permission from 425Business. Article first appeared on on January 7, 2016. Photo by Rachel Coward 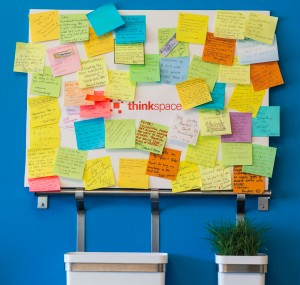 Brett Greene knows a thing or two about the startup community. He started New Tech Northwest, formerly known as New Tech Seattle, in February 2013 to help cultivate the tech community.

“Most of the people who come are either in the startup or tech world. Because these events are generally startup-oriented, we make a big point of it being about tech and not just startup,” Greene said. “Beyond that, it’s about being a community first, which is beyond even tech and just about the cities that we live in and the region.”

Greene launched New Tech Eastside in the fall of 2014, and New Tech Tacoma emerged at the end of 2015. The three New Tech branches were consolidated into New Tech Northwest at the new year, and the group now has approximately 18,000 members. Greene said there’s an affiliate organization in Portland, and Vancouver, British Columbia,  has expressed interest in developing a New Tech community.

“We were the fastest growing event in Meetup history, which isn’t as much about us as it is about the community really embracing what we’re doing and finding value in it and sharing with other people,” Greene said. “The idea is if you come to our event, you’re going to meet at least two really good connections to help you grow your tech career or tech company, so we have founders, venture capitalists, recruiters, marketers, engineers, and some people who know those people.”

Because of his experience and connections within the startup community, we reached out to Greene to chat about startup trends in the Pacific Northwest. Here are six he identified:

One vertical Greene said has been slow to catch on is wearables. “It’s not that things aren’t happening with wearables, but if you look at what was going on with wearables two or three years ago, it hasn’t changed that much,” he said. “The basic functionality and value that’s there is kinda the same, and price hasn’t changed that much. The markets are growing, but it doesn’t seem like it’s mainstream.”
Like this post? Share it!